Photo by David DelaGardelle of Cedarlore Forge. Learn the art and craft of blade smithing by supporting Cedarlore on Patreon.

“What is that in your hand?” 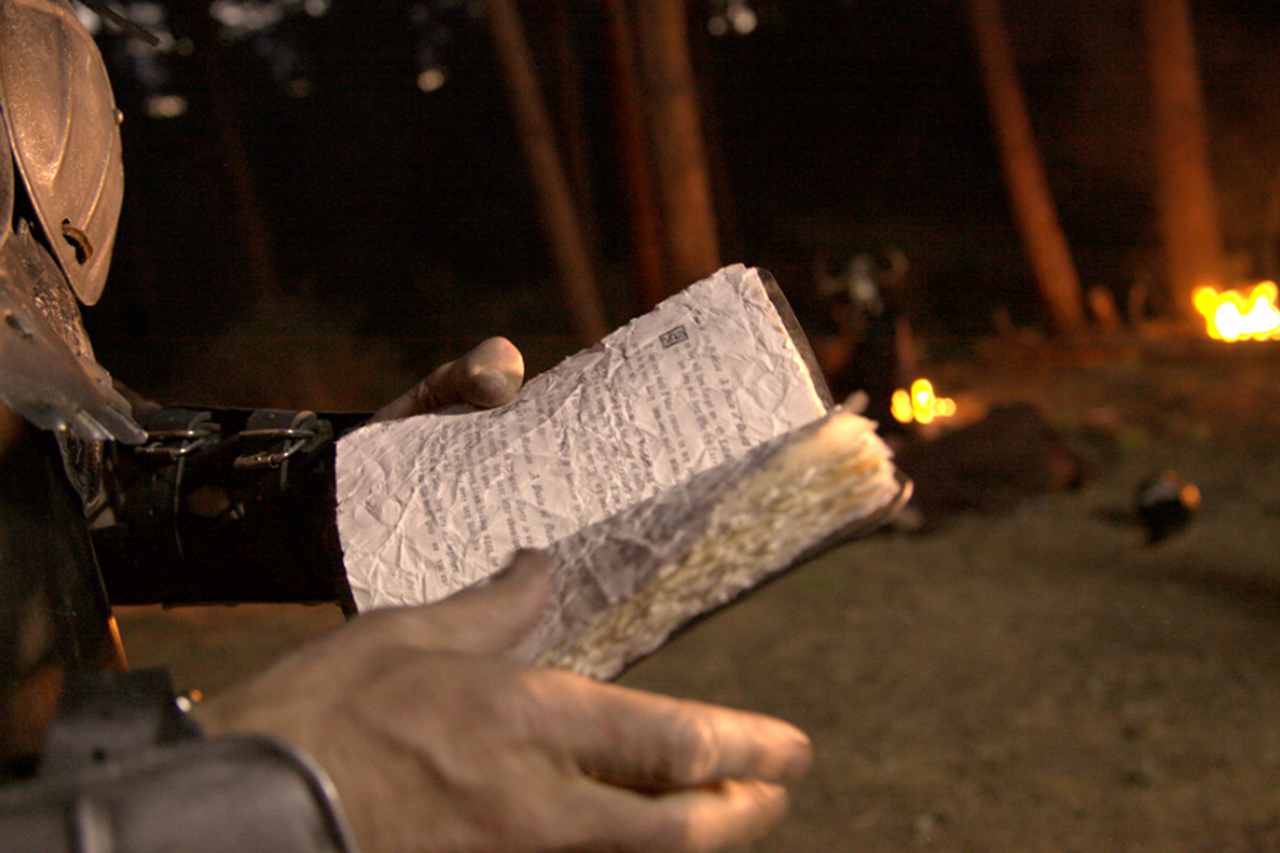 Exactly one year ago today, 120 friends—including many of you—kindly supported David DelaGardelle’s and my endeavor to bring The Narrow Road to the world as an illustrated novel. (Don’t have a copy? It’s not too late! https://narrowroadmovie.com/the-novel/)

In celebration of that success, I’m releasing my short film, Descent, to the public for the first time! Descent was created last year in one week for a 168-hour film competition. Our goal was to create a fantasy story with the same look and feel that we’re determined to achieve with The Narrow Road movie, which we also demonstrated in our 2013 Kickstarter-funded Test Scene. It was a difficult task within the confines of a speed filmmaking competition, but I’m very happy with what my team was able to achieve.

I hope you enjoy the film!

I’m thrilled to have the opportunity to help expand The Narrow Road’s audience by joining a team dedicated to working with fantasy and science fiction fans across the world. I hope you’ll make the leap with me to Legendarium Media and see how we’re now another exciting step closer to making The Narrow Road a reality.

As always, thanks for your loyal support!

The Narrow Road team worked with director, Luke Stewart (co-directing with Erik Yeager), to produce a short film entry for the Project Greenlight competition. Please check it out, ‘Like’ it, share it, and even sign up to help judge the competition! Thank you for supporting our work.

I hope that your 2014 is off to a great start, and I wanted to send you a quick letter thanking you all for helping 2013 to be such a great success for the Narrow Road team.

In 2013, Narrow Road Film Partners completed a 10-minute short film directed by Erik Yeager, Descent, starring Anthony Tyler Quinn.  Descent will soon be released to the public and has so far been entered into two film festivals, receiving an Official Selection in the 168 Film Festival (for which it was created) and a Cammy Award in the Colorado State University Media Festival.  The trailer alone has received nearly 4,500 views, so we hope that the film will be well-received by a wider audience in 2014.

2013 also saw the success of our second Kickstarter campaign, thanks to all of you!  The Kickstarter incentives are rolling out as planned and we’ve already been receiving great feedback on the Narrow Road novel.  In early 2014, the novel will be released for sale to the public after the majority of our Kickstarter Backers have received their copies.

Lastly, 2013 saw great success for The Narrow Road Associate Producer, Michael Dohrmann, when Mike won the $100,000 Grand Prize in an Infowars.com film competition for the short film, The Purge (which I had the privilege to help out on).  This surely means more great things in store for our tight knit group of Tucson filmmakers–congratulations Mike and team!

We continue to move toward our highest objective: making The Narrow Road into a feature film, and look forward to moving closer toward this goal in 2014.  Thank you so much for your support and encouragement as we continue along on this journey.

Wishing you a joyful and prosperous New Year,
Erik Yeager 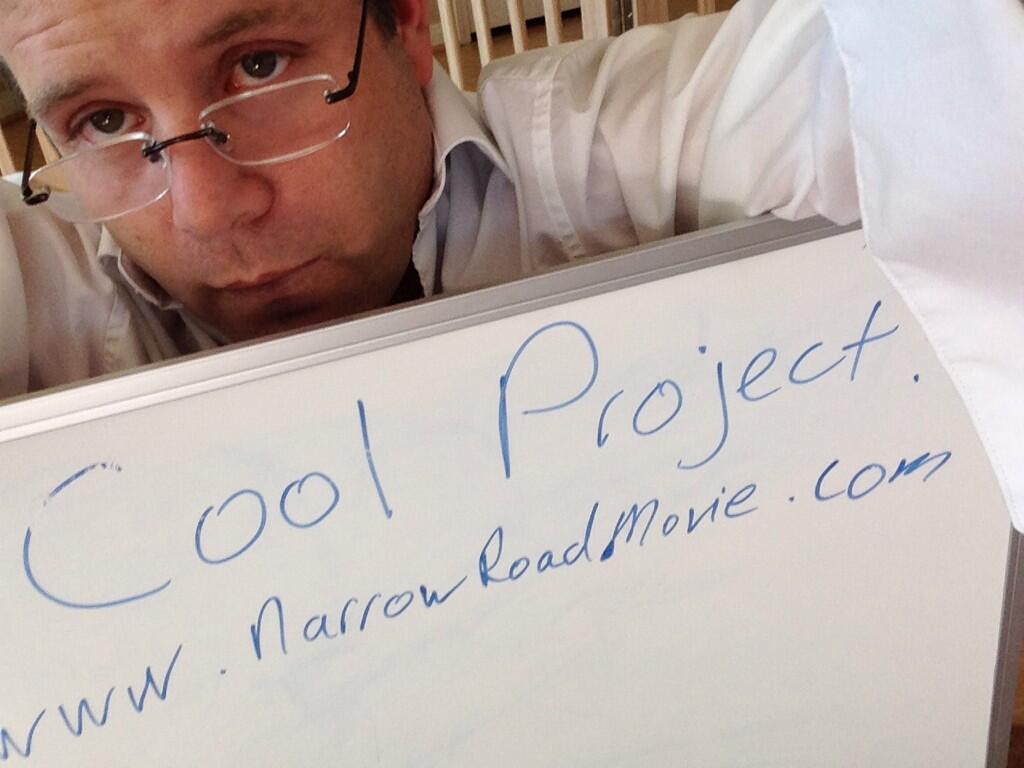 Thank you so much,

Thank you so much for your support during Launch Week!  Because of YOUR help, as of today we’ve raised almost $5,800, close to 40% of our goal, our project video has been viewed 650 times, and our Kickstarter page has been shared almost 1,000 times on Facebook.  There’s no way we could do this without all of you and your willingness to share in the success of this novel (and someday hopefully, the movie).  We won’t forget that.

Thank you so much if you’ve backed the project or shared it with your networks.  If you’re new to the project or haven’t yet pledged support or shared our page, please consider doing so.  With your help, we’re looking forward to an even stronger second week.

-Erik and the Narrow Road team 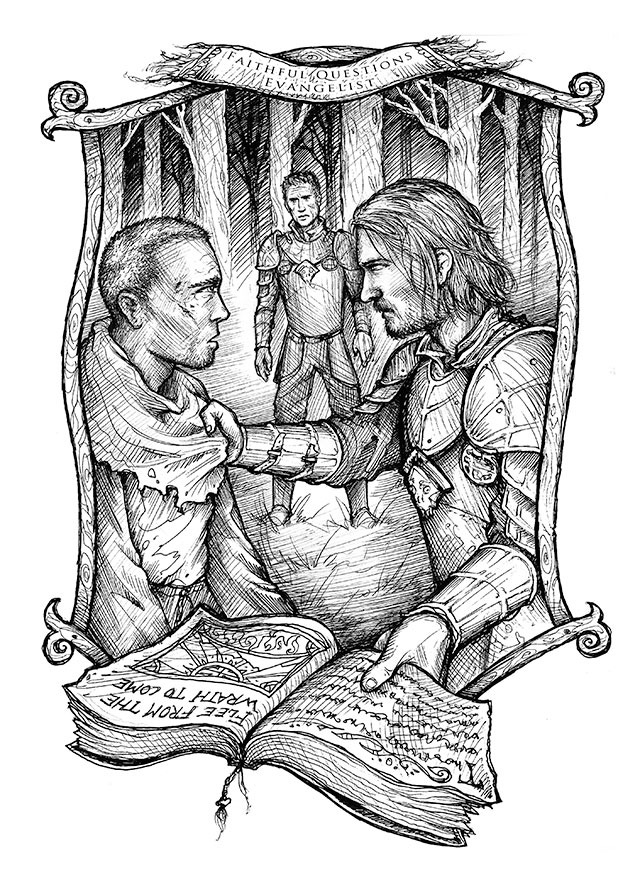