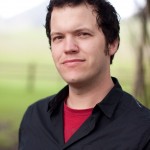 THE NARROW ROAD has received official support from a HUGE online Lord of the Rings and fantasy fan community which boasts over 4 million page views per month (and growing)!  The brilliant minds behind MyMiddle-Earth.net are thrilled about our Pilgrim’s Progress project and have graciously offered to support us as we move forward.

If you’re a fan of J.R.R. Tolkien, C.S. Lewis, or other fantasy tales, you’ll love MyMiddle-Earth.net.  Visit the site to see what these guys are up to, and make sure to check out MyMiddle-Earth Radio’s great podcasts.  You’ll have a blast!

Thanks guys!  We’ll make you proud.